Today, will leave Casablanca (the capital economic city of Morocco) and drive to Rabat. It is the main commercial center in Morocco where large companies and idustry. Being the important position in economy, Casablanca is known for Hassan 2 Mosque. It is the second largest mosque in the world. It can contain over 2500 worshippers. This astonishing masterpiece tood six years to be built and an imprtant touristic destination in asablanca. The mosque lies on a rock site overlooking the ocean. It is 200 meters at elevation. After having breakfast, we will drive to Rabat.

Rabat has been the capital of Morocco since 1913. It is where all the political decisions are taken and the government’s administrations are located. Rabah has been governed by many civilzations from the Roman to Almohads. It is a fortified city and one of the four imperial cities in Morocco. There are many historical sites to visit in Rabat such as Hassan Tower, Oudaya Kasbah,  and Berber Chellah. After we finish visiting Rabat, we will drive to Chechouen where we spend the night.

We will explore city, which is nicknamed the Blue City, after having breakfast at your accommodation. After you finish visiting the Medina of Chefchouen of Chefchouen by yourself, we will make our way Fes. During our journey we will visit Volubilis. It is a very important and famous Roman Empire ruins in Morocco. It is a very interesting historical site that lies near Moulay Idriss Zarhoune (a small town) where the Mausoleum of Moulay Idriss (the founder of Fez city). The journey continues toward Meknes where we will have a break for having lunch. Meknes is an imperial city in Morocco. It was the capital of Morocco in the 17th-century. In this city, there are many sites to visit including Bab Mansou (the biggest door in Africal and the entrance of the medina), square El Hdim (full of storytellers,acrobats, sank charmers…), Medersa and the vibrant Souks (tradtional markets). After driving for about 40 minutes, we arrive at Fes.

The overnight at your accommodation

Today is all about visiting Fez’s most attractions and monuments including Qarouine. It was the first established university in the world. Qarouine University was founded in 859s and considered a prestigious centre in the Arab worls and Morocco. There other interesting sites that worth visiting such as Fes El Bali (the old town whic was under the Almoravids ruling in the 11th-century), and Medersas. Fez is regarded as the religious, intellectual and cultural center of Morocco.

The overnight is at a local Riad.

The tour continues on the fifth day. The destination today is Merzouga. We will travel through the beautiful city of Ifrane and Midelt. The journey proceeds with driving via Tiz Ntlaghmat pass, the wonderful Ziz Gorge, and the breathtaking ciews of the Atlas Mountains. You will start feeling the Sahara Desert as you approach Errachidia and seeing the palm trees. Before we arrive at Merzouga, we will have a break to admire the luxuriant Ziz Valley and the astonishing views alongside Erfoud (the main centre of fossils). After reaching the destination, you will be warmly welcomed and invited to have a glass of mint tea.

In Merzouga, you will spend the pvernight at ccommodation with dinner and breakfast being served.

After having breakfast, we will start our journey to explore Merzouga’s area. We will enjoy visiting one of the nomad families and the Merzouga’s beautiful oasis. After that we will drive to visit the interesting village of Khamlia. The people of this village come originally from Sudan, Mali and Senegal. While you are exploring the area, you will observe people’ lifestyle and manners. Here, you will enjoy listening to Gnawa music and share having tea. Gnawa is a very famous style of music. The journey continues with making our way back to the accommodation in Merzouga. Leaving Merzouga, we will ride camels to camp in the middle of the desert. On the way, you will admire the stunning sunset and the Sahara’s Desert landscapes.

You will spend the night in a nomad tent.

Our continues after watching the sunrise. We will ride camels back to Merzouga, where you will have breakfast and shower your accommodation, before we visit Rissani. This small town was named Sijilmassa before and used to serve as the capital of the region of Tafilalet. Rissani was founded by Moussa Ben Nasser in 757. It was also a commercial centre where people used to come from different Adrican countries to trade. Rissani has been an Alouite dynasty since the 17th-century. After we finsish visiting Rissani, we will drive to visit Todgha Gorges where we will have lunch. Ouarzazate is our next destination. In this town, you will spend the overnight at your accommodation where dinner and breakfast will be served.

Today is devoted to explore the area of Ouarzazate and Ait Ben Haddou. Ouarzazate is known as the Hollywood of Africa. Many Hollywood movies have been shot in the area such as Gladiator, The last temptation of Christ and The Mumy. The tour includes visiting many historical sites in Ourzazate including the Kasbah of Taourirt. It was built in the 19th-century. The journey continues to visit the Film Studios and the Cinema Museum in Ouarzazate before we head to visit the famous Kasbah of Ait Ben Haddou. It is a UNESCO World Heritage that was built in the 11th-century. The Kasbah towers that overlook the village of Ait Ben Haddou offer a wonderful view to enjoy and take pictures. After that, we will drive to Marrakech city through the amazing Atlas Mountains. After arriving at Marrakech and transfer you to your accommodation, our services come to an end. 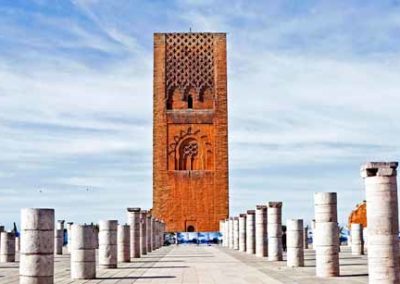 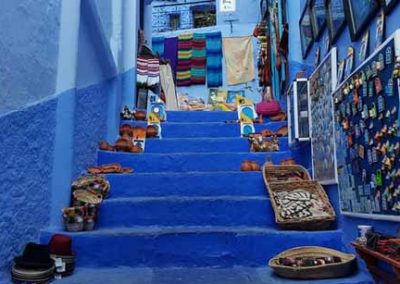 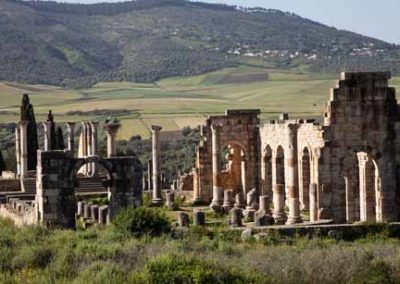 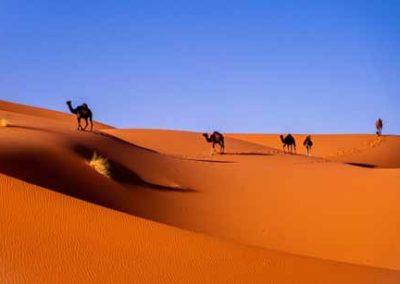 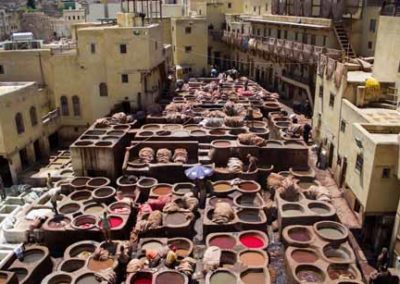 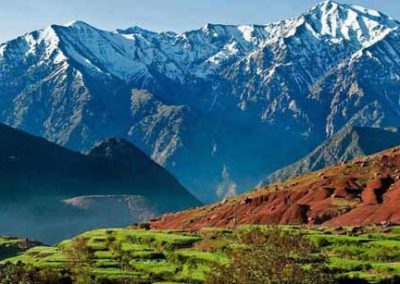 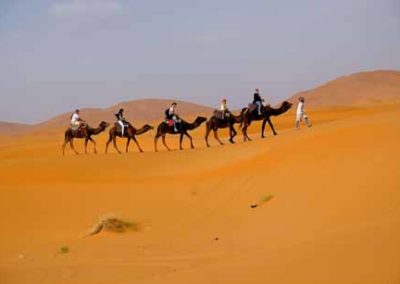 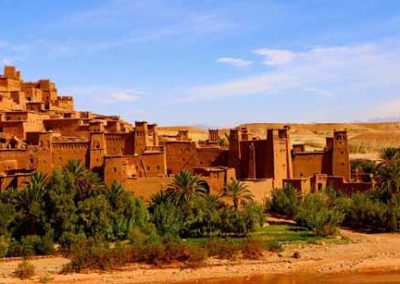